Leon Regained the Joy of Movement with the Innowalk

Leon was unhappy and opposed to working out. It all changed when he discovered the Innowalk.

Leon is a seven-year-old boy with spastic quadriplegia cerebral palsy, microcephaly and cerebral visual impairment. He manages to sit on a chair or a bench without assistive devices, all on his own. Leon is also able to stand with manual torso support (or if someone holds his hands) and is generally eager to explore what’s around him.

Despite Leon’s spasticity, he has not developed pronounced contractures in his hips, knees or ankles. That being said, he’s got limited joint mobility as well as hip pains due to developing a dislocated hip.

In January, Leon had bilateral multilevel hip surgery to correct his hip dislocation. He subsequently wore a full-length hip spica cast for six weeks. When the cast was removed, Leon experienced painful spasms in his hip muscles. This made him very anxious and apprehensive of any movement, especially during transfers, dressing/undressing, and physiotherapy sessions.

Rehab physiotherapy focused on regaining range of movement in hips and knees and encouraging active movements such as reciprocal kicking and weight bearing. This was done through daily passive movements and stretchings, at home and at school, and with hydrotherapy. Still, Leon actively resisted any attempt to extend his hips and knees. Due to the increased flexion of his hips and knees as well as his resistance to any intervention, he was unable to use his standing frame.

Read more: How Can You Help Your Youth Transition to Adult Healthcare?

Despite an effort to regain passive and active movement, Leon unfortunately failed to make progress. In fact, regular measurements of his hips and knees showed he was losing a range of extension rather than gaining it. Also, Leon turned into a very unhappy boy, wary of any movement. He was easily upset for long periods of time and difficult to console both at home and at school.

Luckily, it all changed when the Innowalk came around.

Because conventional rehab physiotherapy was unsuccessful, it was time to look at the alternatives. Since Leon had previously tested the Innowalk successfully, it was decided that he should try it again. Considering how upset ordinary physical therapy had made him previously, no-one was sure how he would react in the Innowalk. 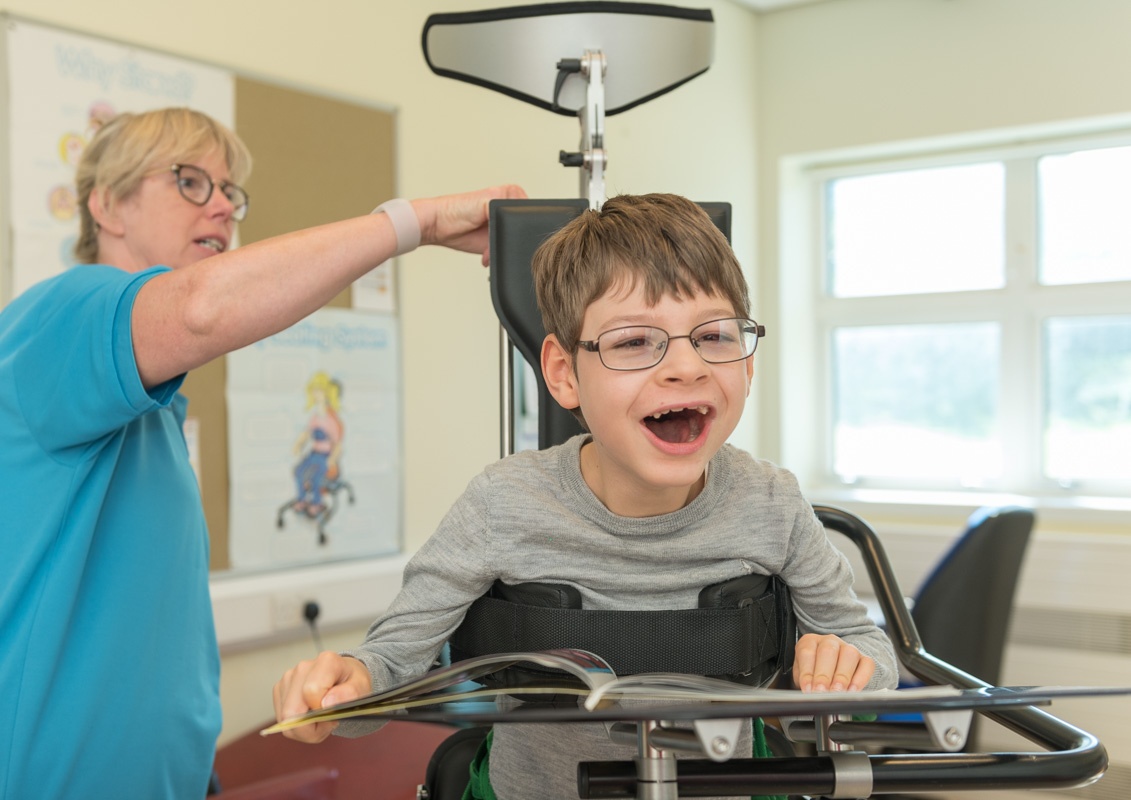 The first session turned out to be a huge success: As soon as the Innowalk started moving, Leon stopped crying and even started smiling. In this first session, Leon took it quite easy and moved at a slow and steady pace. He became more settled and even cycled on his tricycle. His mother reported that he slept all through the following night – the first time since before his surgery. The Innowalk turned out to be the perfect choice.

Since his first successful session, Leon has been using the Innowalk several times a week. In fact, he’s been able to increase the speed and the length of his sessions. He's been able to gradually extend his knees and hips, and is close to full range of motion while standing. Leon’s progressed so well that his physiotherapist has been able to re-introduce the standing frame, the gait trainer and active weight bearing (sit to stand) to Leon.

His mum and dad have given the following feedback on Leon’s time in the Innowalk:

An evidence-based study reveals that dynamic standing in the Innowalk increases passive range of motion (PROM) and reduces spasticity...

10 frequently asked question about the NF-Walker