The sun creeps across the room. It’s quiet at Bjørnholt secondary school, but the silence is soon to be disrupted by the sound of singing, playing and movement. We are visiting a part of the school especially adapted to people with disabilities. 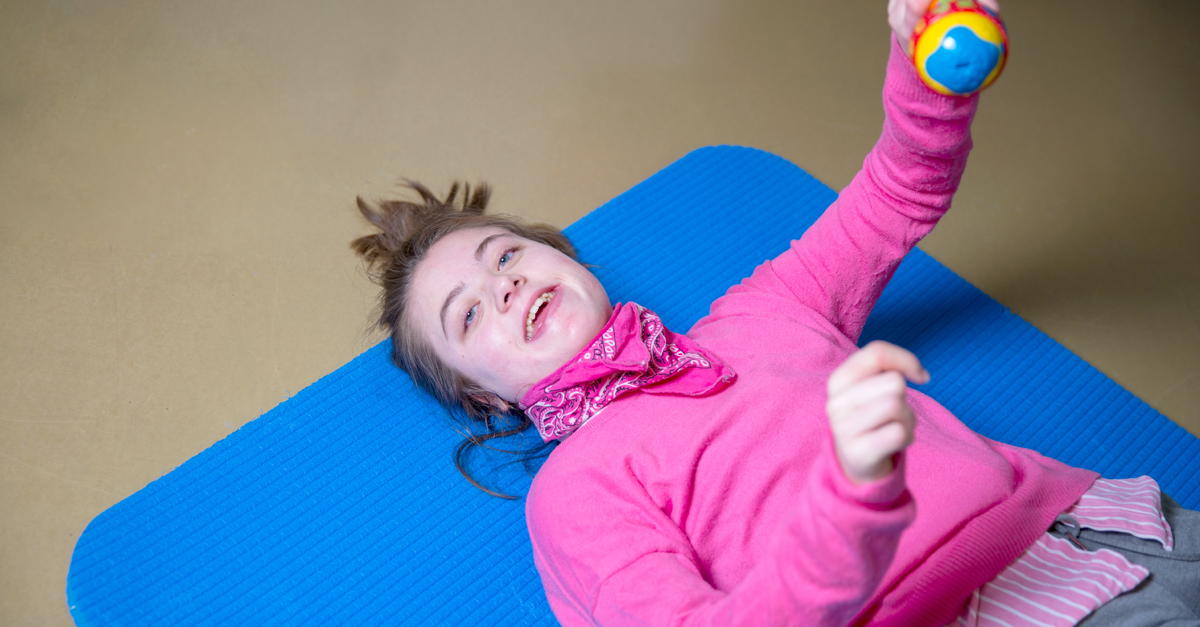 “Just a second, I’m going to pick up the students," says Eivind.

He works as a teacher at Bjørnholt, but you could easily mistake him for a physiotherapist. Once Eivind and his team have gathered the students, it doesn't take long until they’re ready to go in their Innowalks. The students’ mood is what you would expect at any school: Sleepy and somehow unmotivated. Eivind, however, has a cure:

The three students pick up on their teacher’s good mood in an instant. One of them is Kaja. She’s got cerebral palsy and is dependent on help to move. Eivind says she’s been working out in the Innowalk for a year and a half, which has given great results.

“The first session lasts for 45 minutes, but Kaja could work out all day. She’s an Innowalk expert at this point.”

The goal of these sessions is to make the students more independent and strong enough to stand and walk by themselves.

“We had a student here once that actually outpaced the Innowalk. When she graduated, she was able to use a walker, all by herself.” 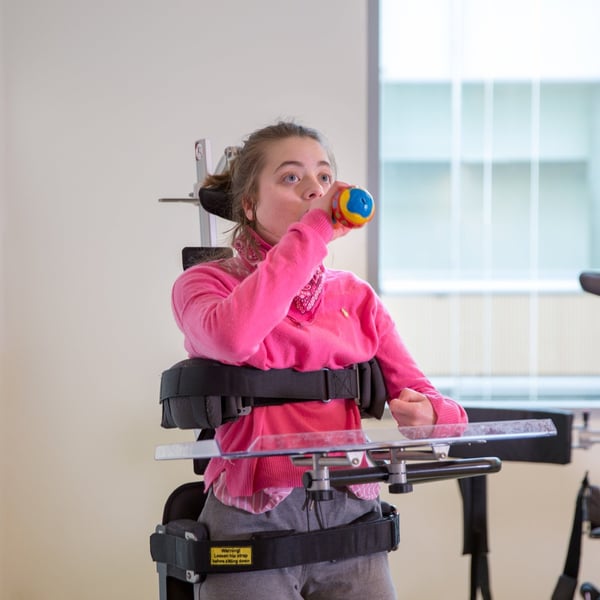 Kaja’s progress is well noticed by friends and family. Eivind tells us that her mother keeps giving positive feedback on her progress.

“It’s easier for Kaja to participate in everyday life. Her strength has increased, so things like helping her to the toilet is a lot easier.”

People with disabilities tend to become inactive, with increasing sedentary behaviour. Being inactive can affect circulation and the bowel function.

“In addition, parents are telling us that their children are happier and more content when they get home. I think it’s mainly due to a better bowel function.”

“It’s impossible to replicate these benefits by ourselves”

During the training session, Eivind keeps telling how much Innowalk has helped. The students have a wide range of disabilities and can be challenging to lift and assist at times. Without the assistive devices, Eivind and the other teachers had to do a lot of this work manually. It’s times Eivind certainly doesn’t miss.

“We don’t have to lift and carry the students anymore, Innowalk does most of the job. We only lift the students in and out of the Innowalk using a lifter, which takes a lot of the workload away.”

The fact that the Innowalk helps the students working out at a guided and repetitive pace, is also a great benefit.

“It’s a bit like a treadmill, actually. You get to move, no matter the disability or mood. It’s impossible to replicate all these benefits by ourselves”, the teacher says.

READ MORE: What do we know about strength exercise for people with CP?

Kaja struggles to stay motivated today. She forces her foot out of the Innowalk several times and throws her toys on the ground. They agree on taking a break.

“Should we do some stretching, Kaja?”

Eivind helps Kaja down on an exercise mat and starts with a few stretching exercises. She has a way of tightening her muscles, becoming very stiff and tense. 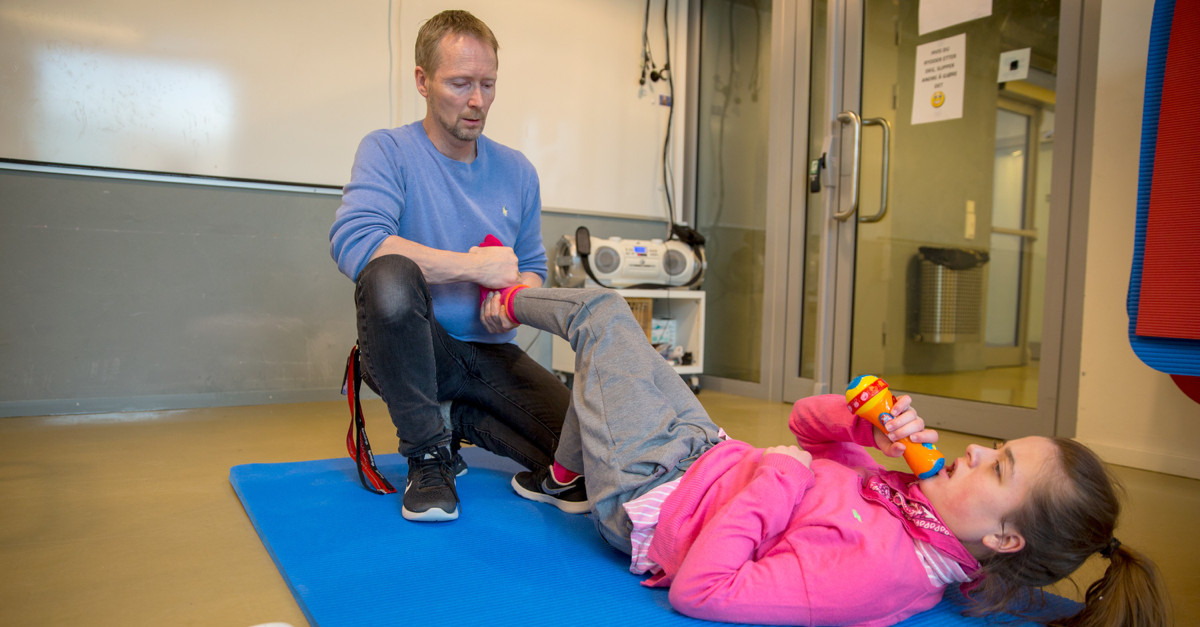 “She is very strong. Her muscles are almost always tense, so stretching is a good idea.”

Helping Kaja to stretch, Eivind uses the opportunity to put on some music. The speakers blast out a hard rock version of “Bob the Builder”, and the students become ecstatic. Sharing the enthusiasm, the teachers start headbanging alongside their pupils. Lunch break is coming up, and the ambience is great.

“We’ve got one more session coming up. We usually train in walkers and walking slings, which work great in combination with the Innowalk.”

Even though the students reap the benefits from using assistive devices, Eivind also underlines the importance of rest.

“Some parents can get hung up on the training, but we’ve got to be careful in order to avoid overtraining. Experiencing other sensations and sounds is good for the students as well. We take them outside whenever we can.”

With exercise the brain has a unique ability to adapt and reorganize itself. Click the button below to learn more on how:

Jens Kleine is a physiotherapist with many years of sales experience in the helping aid market across several European countries. He is very focused on users’ needs and dedicated in finding innovative solutions. Today, Jens has a product manager role working closely with both external clinicians, the salesforce and our R&D team. Always searching for solutions that bring movement to the people that need it most.