Katarina Lauruschkus is a Swedish physiotherapist with a PhD from Lund University. She currently works as a scientist at the same university, and as an advisor at the local children’s habilitation centre. She’s recently completed the pilot study “Different exercise effects from static versus dynamic standing in non-ambulatory children and young people with cerebral palsy”, presented at two international confererences in May and July 2018. 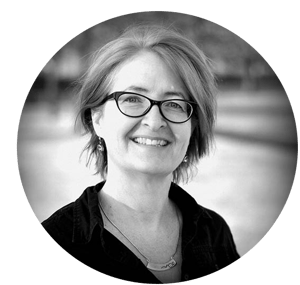 Physiotherapist Katarina Lauruschkus is probably more interested than most in physical activity for youth with disabilities. We talked to her on the occasion of her recent pilot study, presented this summer.

You’ve finished a pilot study comparing the effects of training in a static versus a dynamic standing position. What made you choose exactly this subject?

Non-ambulatory children are recommended to stand in a static position for 45–90 minutes a day. I thought it would be interesting to see if this type of training actually achieves the greatest effect, or if there’s actually a difference between static and dynamic standing which necessitates that we change the recommendations. I also wanted to see which method the children preferred.

Yes, it’s most common in the Western world, and it’s the type of training that is recommended internationally as well. But many people miss being able to move dynamically, the way many able-bodied do.

READ MORE: What do we know about physical activity and cerebral palsy?

Can you tell about how the study was designed?

We let the children stand for 30 minutes in a static standing position, and a few days later, 30 minutes in the Innowalk – a dynamic standing aid. We measured pulse, blood pressure, breathing ability, body temperature and muscle tension, both before, during, and after the tests. We also had the children wear an oxygen mask, to measure their energy consumption.

What kind of children were involved in the study?

We included children who are non-ambulatory, with the diagnosis cerebral palsy (CP) GMFCS level IV and V. Eight children participated in the study, all in the age range of 4–11 years old

What could you tell from the results?

First of all that a study like this was possible to complete; the measurements went well, and the children were okay with the exercises. We also saw differences, like the children taking deeper breaths and getting warmer feet in a dynamic standing position. The results also indicated that standing training actually is physical activity, just at a lower level. The measurements showed higher energy consumption, with MET scores above 1.5. This is actually quite recent knowledge, that has been confirmed through another study of spastic CP.

Can we conclude anything on the basis of a pilot?

You’ll at least have to make any conclusions with a great degree of care. That said, you can see that such a study is feasible, and thus that you’re able to do a larger study to confirm your findings. You could also look at what would be most interesting to explore further; do you focus more on certain things, or move away from things that didn’t lead to great results? An example would be the blood pressure test, which had a rather distracting effect on the children, and wasn’t feasible to carry out. I won’t be including that in the larger study I’m currently working on.

What reactions have you got from physiotherapists who have seen the study?

Many were very interested, and several of these came from countries where Innowalk isn’t known at all. A number of the ones who came up to me related the study to their own work with various types of children and said it would be very exciting to do similar experiments with Innowalk on their own. There were also several doctors who expressed they were happy to see more numbers and results about the topic. Finally, I’ve talked to an amount of parents who are seeking recommendations on how much the child should train in the Innowalk. More than anything, most people were positive and interested in the study.