What Effect Does the Innowalk Have on Children with Gross Motor Impairment? 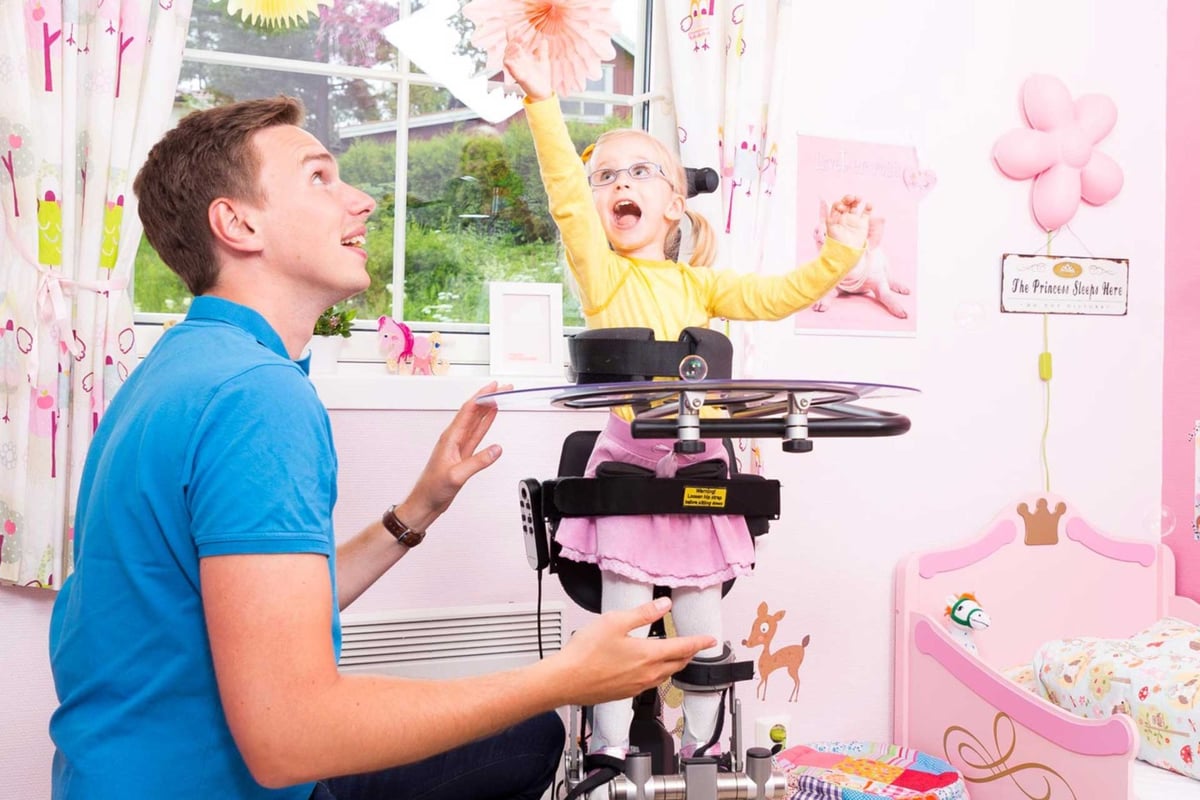 A study conducted by Hege Marie Hansen, a master’s student at the University of Bergen, shows that the Innowalk may have impact on both joint mobility and gross motor function.

The aim of the study was to investigate whether the gross motor function, joint mobility and spasticity in the lower limbs of children with cerebral palsy can be affected by using the Innowalk. With two participants involved in the study, it’s difficult to generalise the results. Still, the outcome of the study shows a promising potential effect.

Background for the project

Physiotherapy treatment for children with cerebral palsy is increasingly being combined with motorised training and stimulation aids. The aim of these is, as you know, to stimulate and improve the child’s activity level, body structure and body functions.

The purpose of the study was to investigate whether the gross motor function, joint mobility and spasticity in the lower limbs of children with cerebral palsy can be affected by using the Innowalk motorised training and stimulation aid.

READ ALSO: What is GMFCS, and why is it used?

The study used quantitative approximation and a single-subject design. The sample used consisted of two children with cerebral palsy (GMFCS levels 3 and 5).

Observation and testing were carried out before and after the intervention in collaboration with the children’s local municipal physiotherapists in familiar surroundings. During the intervention period, the children used the Innowalk daily for 9 and 12 weeks respectively. Gross motor function was assessed using the GMFM-66 test, spasticity was measured using a modified Ashworth scale, and joint mobility in the lower limbs was measured with a goniometer.


What were the results?

The results from GMFM-66 and measurement of joint mobility showed that it is possible to achieve a positive change in both gross motor function and joint mobility using the Innowalk. Where spasticity is concerned, the study did not demonstrate any change, although it has been shown that 30 minutes of standing activity daily could affect spasticity (Stevenson, 2010; Kheder & Nair, 2012).

A child with GMFCS level 5 is at risk of developing contractures and pain, and the benefits of Innowalk could be of great significance in terms of contracture prophylaxis. Good range of movement can also reduce the risk of dislocation of joints and surgical procedures as a result of the aforementioned contractures. It’s likely that a child with GMFCS level 3 could achieve a certain walking function using aids. In order to optimise walking function, it’s important to have a good range of movement in the joints in the lower limbs, as well as muscle strength and trunk control, which will affect the child’s balance and opportunity of independent movement.

You can read the whole study in Norwegian, or the accompanied English summary if you're not comfortable with Norwegian.