How Did the Hibbot Come About?

We’ve talked to one of the inventors behind our latest product addition.

Hibbot is the latest addition to the Made for Movement product range of movement devices.
But unlike our other products, the Hibbot was developed in Belgium by a small team, consisting of a physiotherapist, an engineer and a business developer. We sat down for a chat with one of the initiators behind the device, pediatric physiotherapist Ria Cuppers. 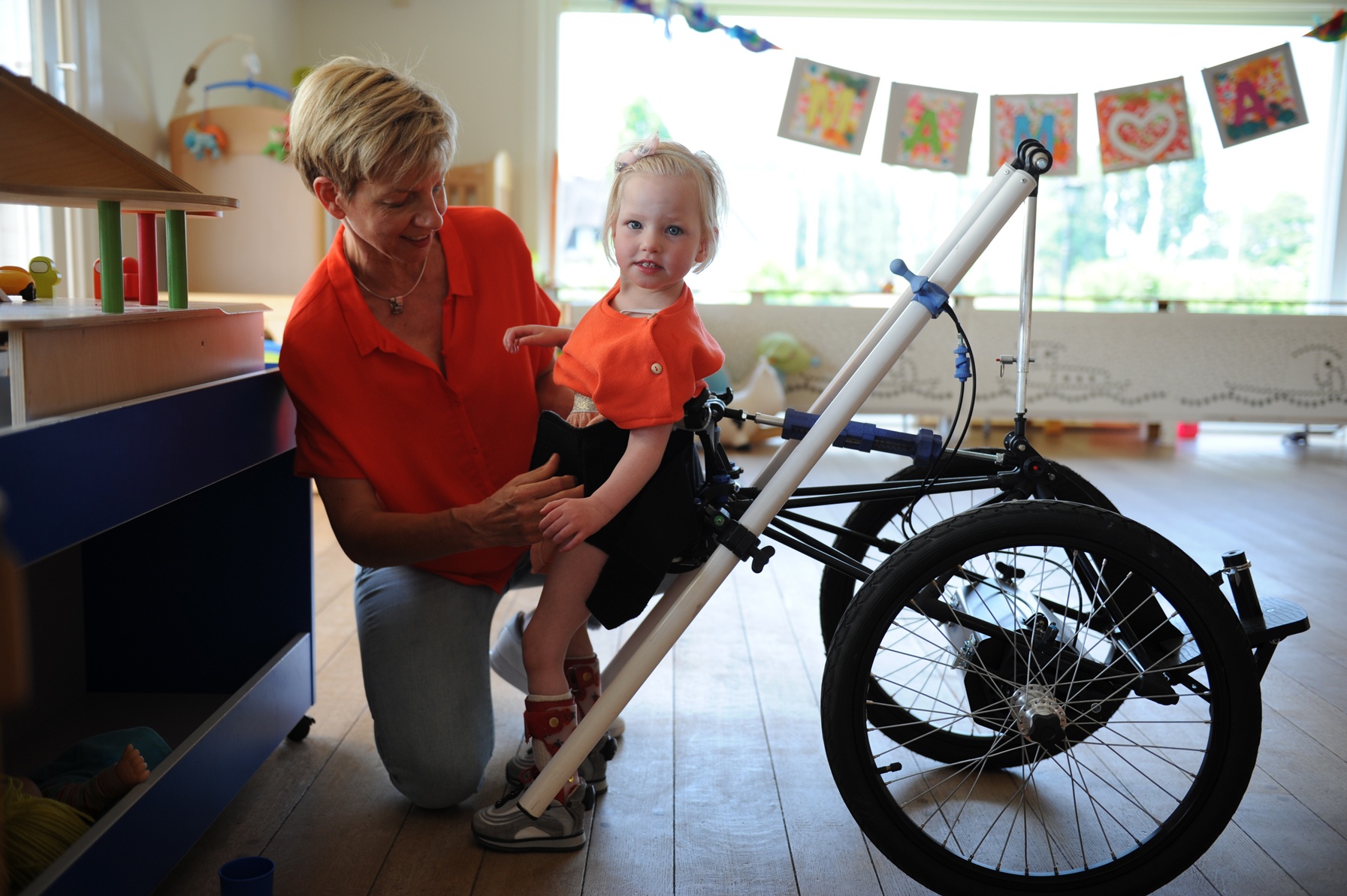 The search for a better solution

Ria works as a pediatric physiotherapist in her own clinic in Belgium, something she’s been doing for over 34 years. But as much as she was able to help children coming to her practice, she couldn’t help but feel that something more could be done.

“It was hard to see children growing up, developing muscle contractures and bone deformities despite their therapy and management. A lot of children had to undergo surgery to keep their ability to walk or worse, lost their ability to walk as youths or adults. It was also frustrating to see children doing well during therapy, but once outside, were going back to their ‘old’ habits of walking with an inappropriate posture and with too much flexion. I felt helpless and thought that there had to be something to make these children more active, also outside therapy hours.”

Upon meeting Dirk, an engineer, Ria realised they could develop a new walking device to extend the children’s therapy sessions beyond physio hours. But there are already several walking aids out there – why the sudden need? 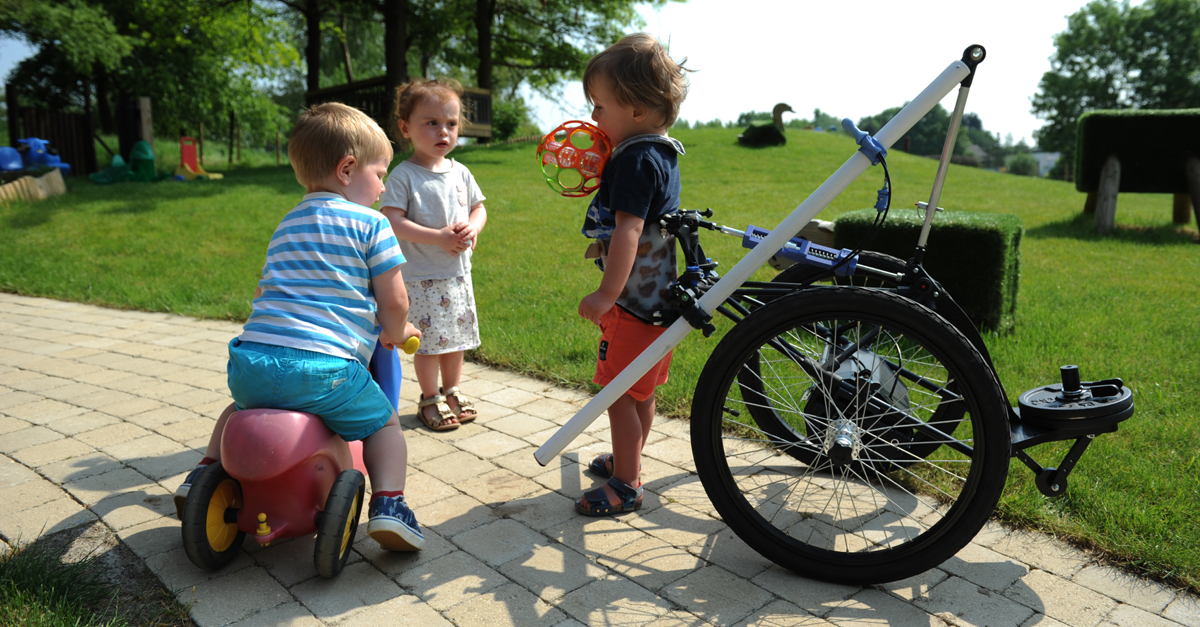 “As human beings, it is our intrinsic nature to do what costs us the least energy. With today’s devices, children use their hands or other body parts to lean on the device and so, weight-bearing and antigravity muscle work becomes suboptimal.”

“Also, with many devices, children have a frame or table in front of them, restricting movement and interaction with others. In kindergarten, for example, the child can get excluded from interacting with peers or playing with different toys.”

This is, according to Ria, where the Hibbot really excels, balancing the challenge and support in the learning phase of walking, whilst enabling interaction with others.

“Children need to be involved in their environment in order to stay motivated and keep going.”

READ MORE: Early intervention is not only possible, but crucial

How does it help physiotherapists?

Ria also found areas of improvement inside the clinic as well. Pediatric physiotherapists have the challenge of both giving hands-on assistance while interacting with the child.

“I wanted both the children and therapists to have their hands free.”

“With the Hibbot, physios can pay attention to the child’s posture, muscle work and weight-bearing, yet at the same time play and interact with the child. It also enables other activities, such as walking on a treadmill. 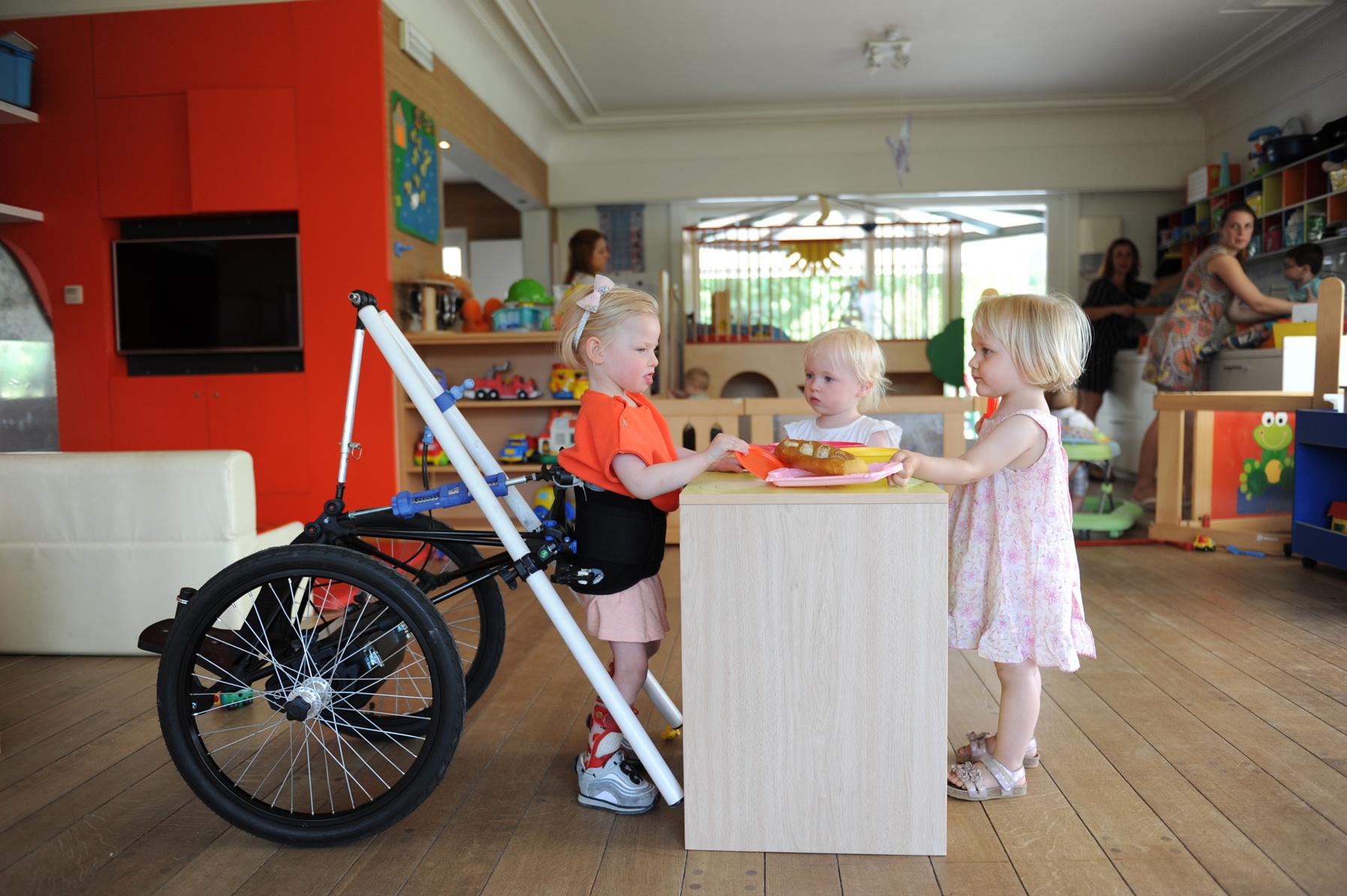 This can also be translated to the child’s home environment. Ria says she’s excited about the possibilities the Hibbot provides, both for the child and the parents.

“It works well in bigger rooms at home and in the garden, so the child gets the opportunity to be active and more free at home. I think parents will appreciate that as well.”

As a last note, Ria underlines that the Hibbot comes with a precaution.

“It’s by no means a magical tool that will work for every child out there. But, I can recommend it to children who are curious about standing and who have the potential to learn to walk – either independently or with a device.”

The device is developed for children with a height between 60–125 centimetres and a max weight of 30 kg, making it a good fit for the youngest children – even as they grow up.

“That’s a great thing about the Hibbot. You can adjust it to give just the support the child needs, and gradually adapt it according to the child’s progress.”

When asked what she wants the Hibbot to achieve, Ria’s got one big wish.

“50 percent of children with spastic bilateral cerebral palsy lose their capacity to walk in their adolescent life. My wish is to delay this decline even further by building strength and better alignment early in life.”

Do you want to see how the Hibbot works in real life? Check out the video below.