NiB Köln in Germany has been leading the way in innovative techniques and rehabilitation therapy since it was established in 1998. We’re very proud to say that the centre has adapted the Innowalk Pro.

The centre employs both occupational therapists, physiotherapists and medical doctors, a necessary setup and competency in order to be approved by insurance companies. Their expertise span from patients diagnosed with multiple sclerosis and Parkinson, to spinal cord injuries, and stroke. The variety in expertise makes it possible for the centre to treat about 50 rehabilitation patients every day.

Meeting needs with the Innowalk Pro

The centre’s gait lab is equipped with several state-of-the-art rehabilitation devices, but in 2018 the therapeutic technologies were extended with the Innowalk Pro. The robotic rehabilitation trainer allows patients with severe to moderate physical disabilities to stand and move by offering exceptional flexibility in adjustment and support. According to Julian Breuer, a physiotherapist at the centre, patients using the Innowalk Pro are a very large group, from hypotonic persons in wheelchairs to non-ambulatory persons dependent on walking aids:

“Assisted movement of both legs and arms in an upright position provides high-intensity mobilization of the whole body,” Julian says.

“The high frequency of movement regulates the tone throughout the body. On the one hand, there is a reduction of the hypertonic areas (for example extensor spasticity of the legs), on the other hand, the necessary tension is built up especially in the hypotonic trunk,” he continues.

Julian tells us that the dynamic weight shift and movement of the legs activate the pelvic area, even at low walking speed (LWS). The possibility to actively assist the movement of both legs and arms offers a valuable option for cardiovascular training – especially important for patients with cross-sectional symptoms.

“In addition to the physiological effects, we also see a very important effect on the psychological level. Therapy in the Innowalk Pro is very well received by patients who are consistently positive and highly motivated to use the device. They feel energized and sleep better after a training session. Many also report long-lasting noticeable trunk stability which has a positive effect on their gait”.

Another major advantage NiB has experienced by including the Innowalk Pro, is the ease of use. The short setup time and effortless operation allow for combination with other activities, utilizing their personnel better. It also fits well into a holistic treatment where the Innowalk Pro regulates the tonus or offers endurance training, followed by physiotherapy where skills are further improved.

Here are some stories from people who underwent physical therapy and experienced the benefits of Innowalk Pro at NiB Köln. 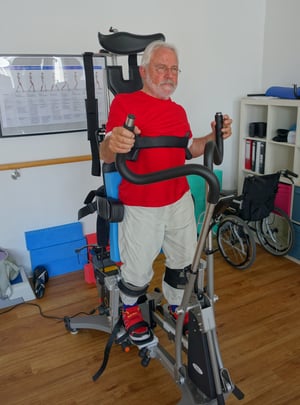 Wilhelm is a 71-year-old paralysed man with an incomplete spinal cord injury. He can sit independently but has lost the ability to stand and walk. His tonus is normal. The main goal for rehabilitation treatment has been to deal with life in a wheelchair and how to handle all practical aspects of the paralysis. At the NIB Köln clinic, he has been introduced to assistive devices, such as the Innowalk Pro, in search for aids providing most benefits to his challenges of being sedentary.

“Wilhelm uses the Innowalk Pro four times a week in training sessions of 30 minutes each. Through training, Wilhelm receives a lot of sensory feedback from his feet. The symmetrical reciprocal movement allows for better physiological adjustment of his legs.”
– Julian Breuer, Physiotherapist.

Stefanie (45) has been diagnosed with MS. The illness has progressed and now she uses a rollator for mobility and has a high tone in the adductors. She sits independently and stands briefly without support when dressing. The past six years, Stefanie has not been able to use her right leg due to a nerve transection. Her physiotherapist looked for an assistive device to reduce tone, build muscle, activate extensors and maintain existing abilities. Innowalk Pro proved to be the perfect solution. 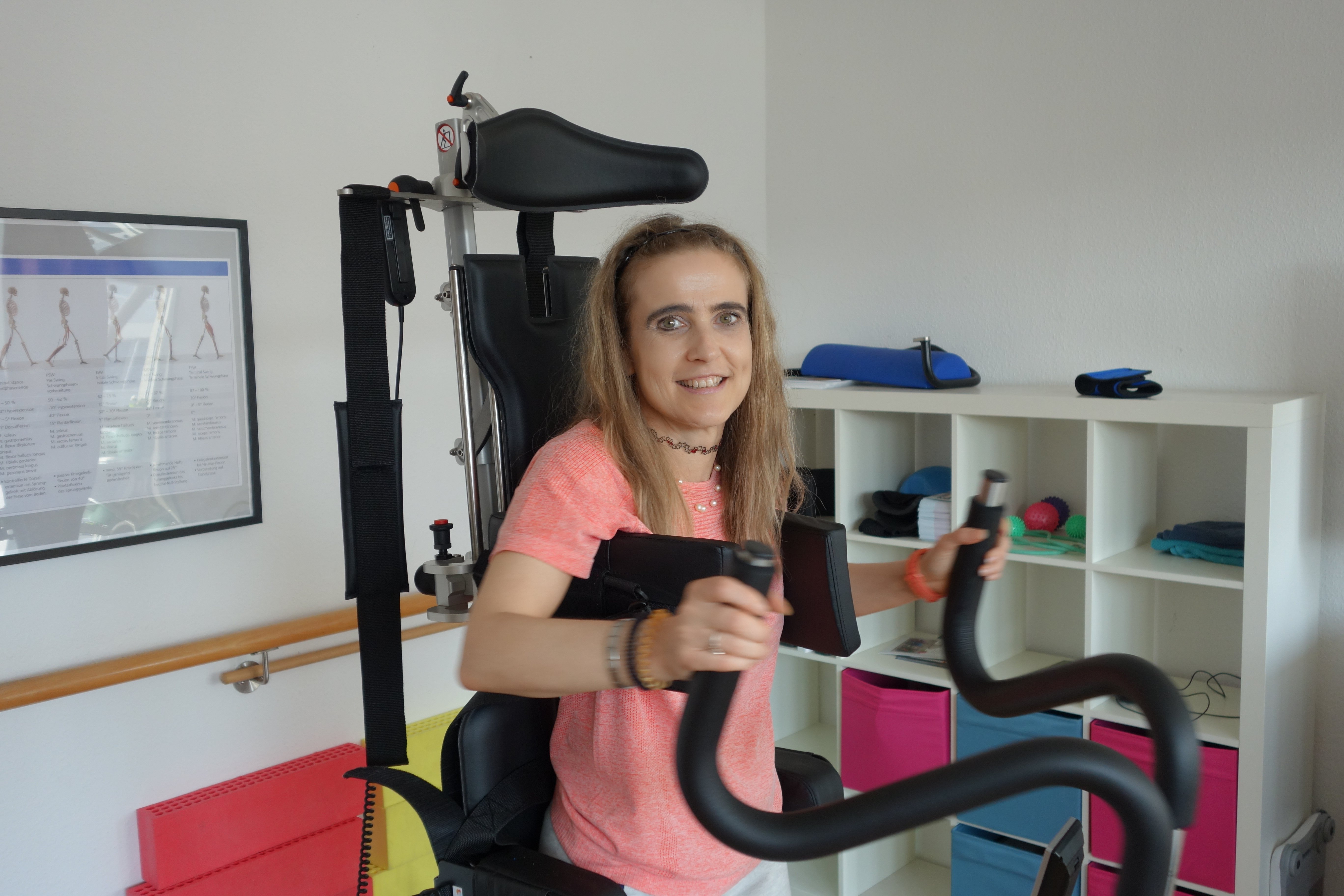 “Stefanie has improved her trunk stabilization and has optimized the muscle tone of her legs. This allows her to walk safely and longer with a walker.”
– Julian Breuer, Physiotherapist.

Tim is an 18 year-old young man diagnosed with CP, GMFCS level V. He sits and can also walk with support, has mild contractures in his legs, but suffers from pronounced spasticity. After a femur fracture, the physiotherapist suggested using the Innowalk Pro in order to exercise with weight-bearing in an upright position and strengthen his muscles. The main goal of the training was to maintain functional skills. Tim exercises three times a week for 30 minutes each session at the NIB. 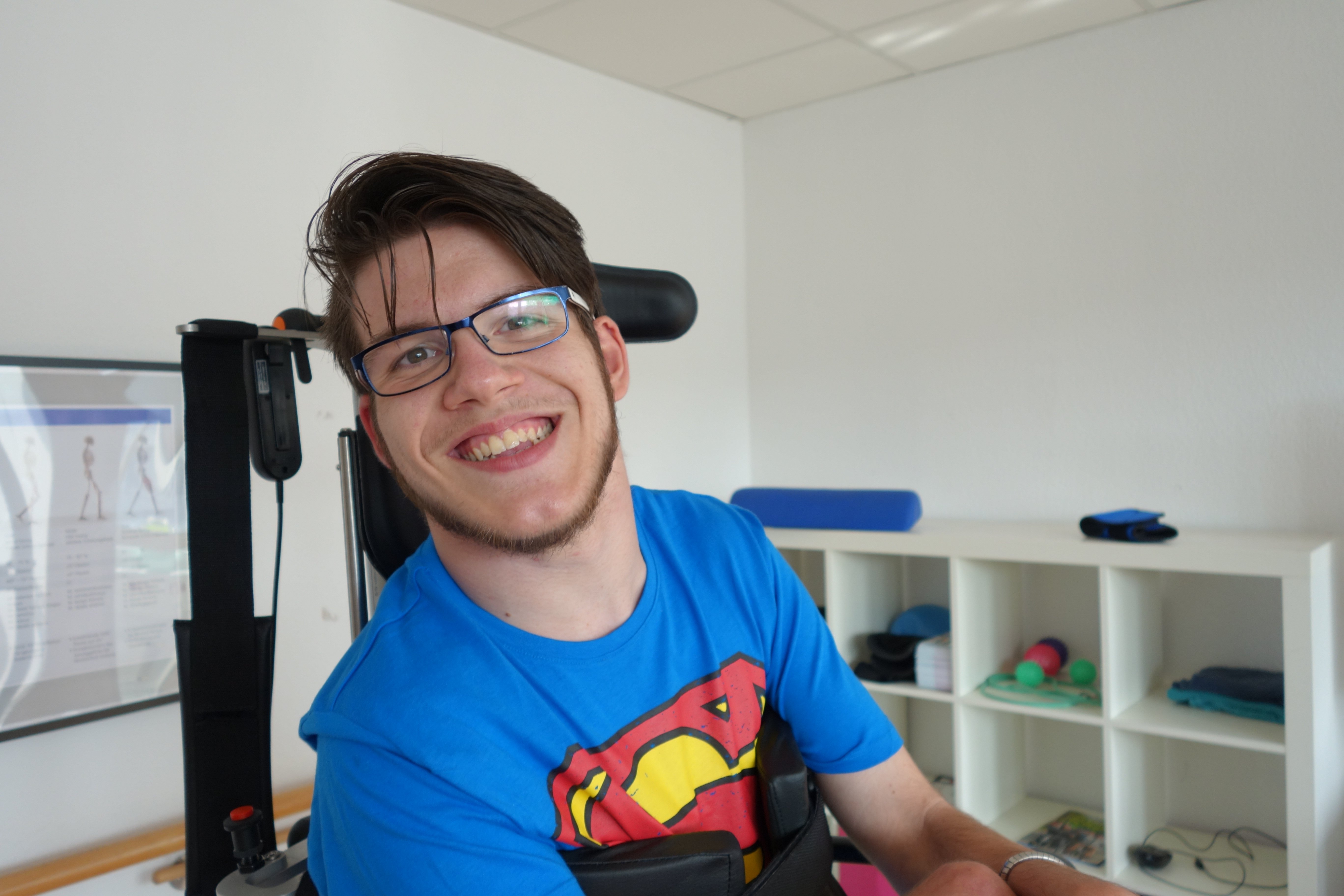 “The outcome has been very positive with increased muscle strength, tone regulation, and a more stable sitting posture, making it easier for him to transfer. Tim is really happy when he uses the Innowalk Pro.”
– Julian Breuer, Physiotherapist.

Samuel Koch is a 31-year-old actor, who was seriously injured after jumping over moving cars on the live German TV show Wetten, dass..? Samuel is now paralyzed from the neck down. Training has always been an important part of his life, and Samuel has tried a lot of therapy during his years of rehabilitation. After being introduced to the Innowalk Pro at NiB Köln, he is now using it every day as exercise. 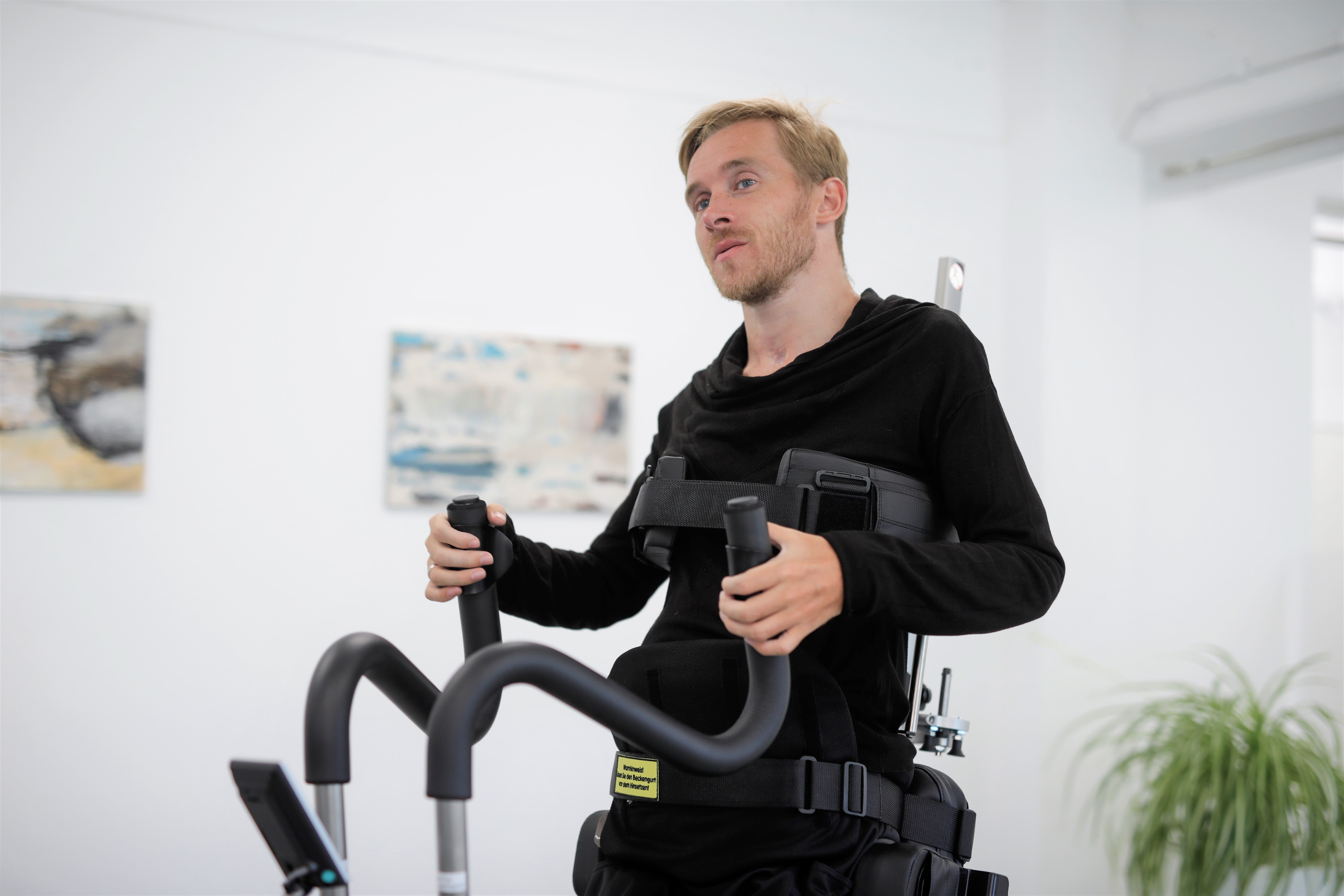 “I have never used a device that provides such an intensive training of my body. What a feeling!”
– Samuel Koch, actor.