Per Brodal is one of the speakers we’ve been lucky enough to invite to speak at our seminars for physiotherapists and occupational therapists. Brodal is a professor in neuroanatomy at the University of Oslo, where he lectures students in medicine, psychology and physiotherapy. He’s also known for authoring several prominent books within these subjects, such as The Central Nervous System. 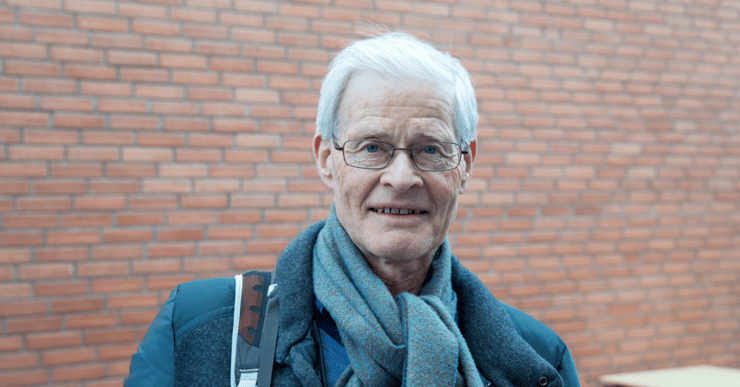 Brodal often highlights the connection between the central nervous system’s structure and function, and what actually happens when we experience and learn new things. Here are the main outtakes from his talk at our last seminar, where he put learning and the brain’s plasticity in relation to physiotherapy practice.

Our brain is built to change

The fact that people can learn and adapt isn’t new, but recent research within the field of neurology has shown that the brain has a great ability to adapt and change throughout life. Learning leads to synaptic changes, where synapses are created and other synapses disappear. The process is a lot like learning how to ride a bike; new synapses are created during the learning process, and when you’ve learned how to ride, the unneeded synapses disappear, much like the training wheels on the bike itself.

For people with neurological disorders resulting in movement impairment, these synapses have taken a wrong "path". For that reason, training and enabling movement become important factors, and that’s where the physiotherapist comes in to make a contribution. Physios are supposed to enable change and consequently gets a teaching role.

Read also: What effect does Innowalk have on Children with Gross Motor Impairment

It has to be important for the patient

Our ability to learn depends on the conditions for synapses to change. For people with disabilities, this can be a challenge as they have few synapses to work with, and so, their attention span is short as a consequence.

Using accurate information is important, but for the work to be successful, the patient also needs to be attentive and emotionally involved in order to release important neurotransmitters, such as dopamine, noradrenaline and serotonin. Having emotions and feelings is also a way of telling us that something is important. For that reason, the tasks need to feel important and relevant or the patient. If all these conditions are present at the same time, it's easier for synapses to change, and then the learning takes place. 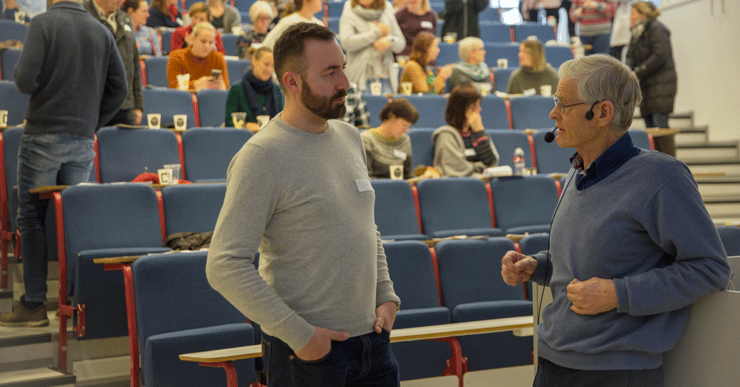 You can’t motivate others, but you can help them find their own motivation

We now know that we learn best through specific, task-based actions where many repetitions result in high-quality effects. Tasks need to fit with abilities, and the patient needs to understand the tasks given and see them as meaningful and relevant. Only then the brain properly goes to work, and that’s when the information sticks.

Movement and learning are one!

From our knowledge of animals and animal brains, we know that walking stimulates thinking. Animals walk to investigate and understand things, just like we used to do ourselves during the stone age. As a matter of fact, walking stimulates the creation of new neurons and studies show that physical activity seems to increase our brain’s plasticity, as well as our ability to recover, learn and solve problems. Movement is actually most effective when it’s rhythmical. Rhythms are predictable, and we know for a fact that safety is an important prerequisite for learning.

Trust is crucial for rehabilitation

Because humans are targeted creatures, it often leads to worries about what’s going to happen during a rehabilitation. Is it going to be painful or difficult? Stress and learning is not a good pairing, and physiotherapists should seek to gain their patient’s trust before training or treatment. Predictability and the feeling of being in control have shown to help on pain sensations, so it’s an advantage if you prepare patients for what the treatment will be and what’s about to happen.

It's also important to give patients control in terms of choices because our belief that we are able to influence desired results is crucial for our well being. If we don’t believe in our ability achieve results, the smallest tasks may seem daunting and leave us with a feeling of discouragement. When you’ve won your patient’s trust and the patient has learned to cope with stress, he or she can be gradually challenged to start learning.

Per Brodal is one of the speakers we’ve been lucky enough to invite to speak at our seminars for physiotherapists and occupational...