Improved Endurance and Mood with the Innowalk

Per Øivind is a 25-year-old Norwegian with cerebral palsy (CP), GMFCS II. Despite having limited mobility and a vision impairment, Øivind is able to walk and cope with different daily activities. 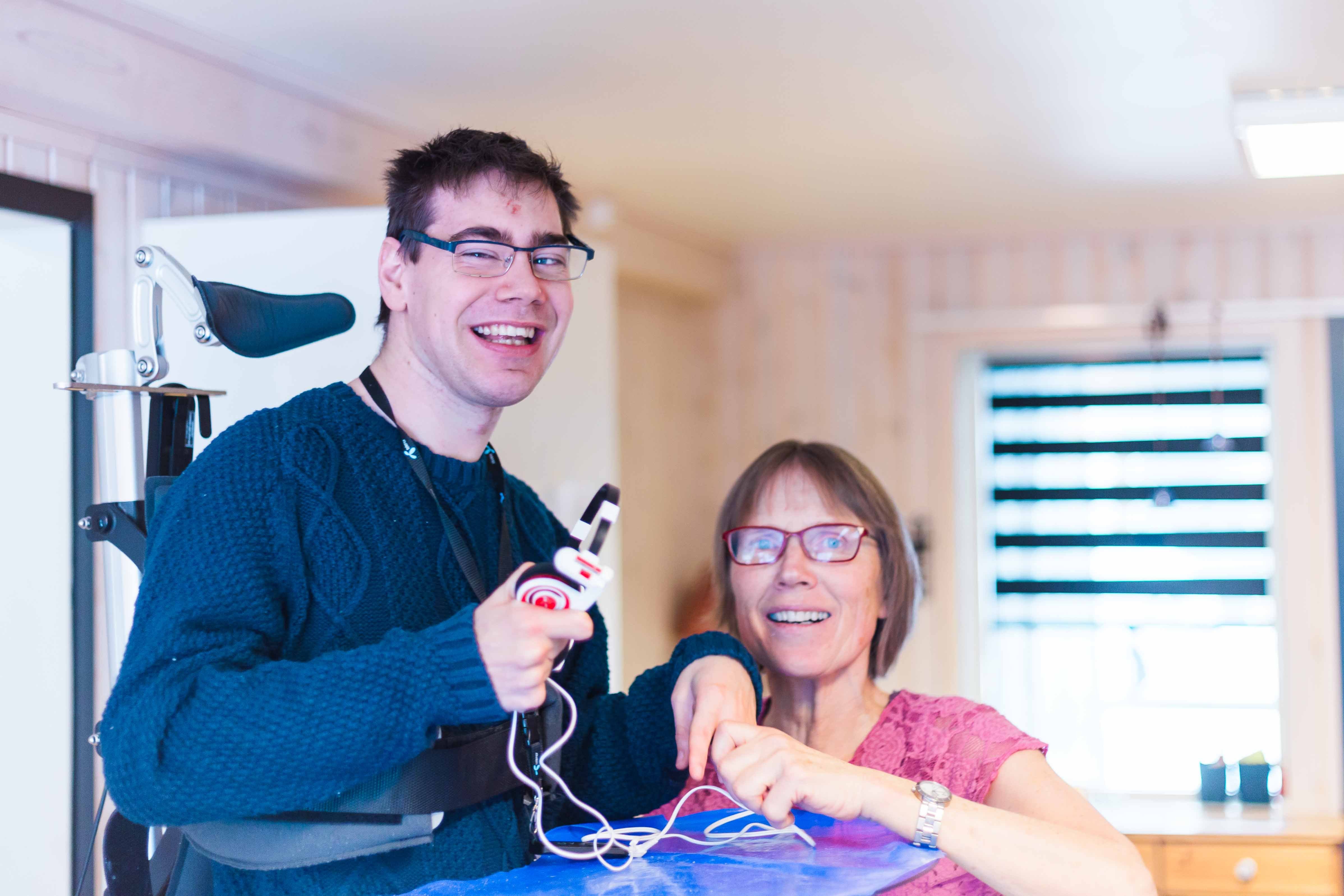 However, with age, Per Øivind experienced a worsening of gross motor function. His gait gradually became worse and he needed support in order to walk. Spasticity and muscle contracture led to an inability to fully straighten his hips and knees. An increased level of disabilities resulted in a more and more sedentary lifestyle.

Recommended by the physiotherapist

In 2015, Per Øivind completed a hip surgery. In the months before and after his surgery, his physiotherapist recommended using the Innowalk as a training aid.

"The Innowalk facilitates a good and appropriate movement pattern. It also provides a favourable dynamic load on the muscular and skeletal system, as opposed to static standing frames and standing wheelchairs. The device is easily accessible to both the user and the assistant. Also, being active helps to maintain and improve the body function, including the gait," says physiotherapist Halldis.

READ MORE: Active Standing and the Advantages of Using the Innowalk

As a result, Per Øivind has improved his physical endurance and increased the extension in his knees and hips. In addition, his stride length has increased. These results are also to be credited to his surgery of course, but the large amount of exercise would probably be difficult to achieve without the Innowalk. Last but not least, Per Øivind loves training in the Innowalk as it gives him a lot of joy.

To sum it all up, Per Øivind’s experienced: