In the ongoing mission to develop better treatment strategies for people with physical disabilities, the latest research has begun to shine a bright light onto new approaches to movement therapy. 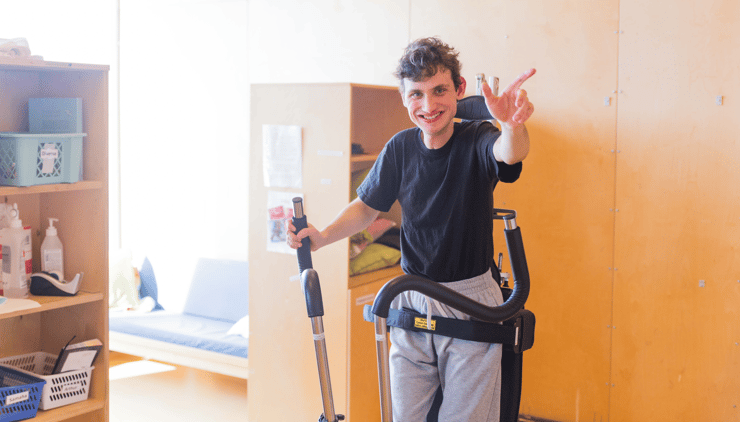 In particular, the concept of ‘active standing’ is of great interest to many in the field. This is because of a range of potential benefits it promises to offer in countering negative outcomes associated with prolonged sedentary behaviour (SB), affecting ‘many health-related areas such as reflex activity, skin integrity, bowel and bladder function, joint range of motion, and well-being’ (Eng, Levins et al., 2001)

What is Active Standing?

In contrast to a simple static standing position, active standing is considered as low intensity physical activity that elevates an individual's MET rate*. Typically, people with physical disabilities are less active than their peers, and the level of sedentary behaviour (SB) increases in proportion to the level of disability (Verschuren, 2016). 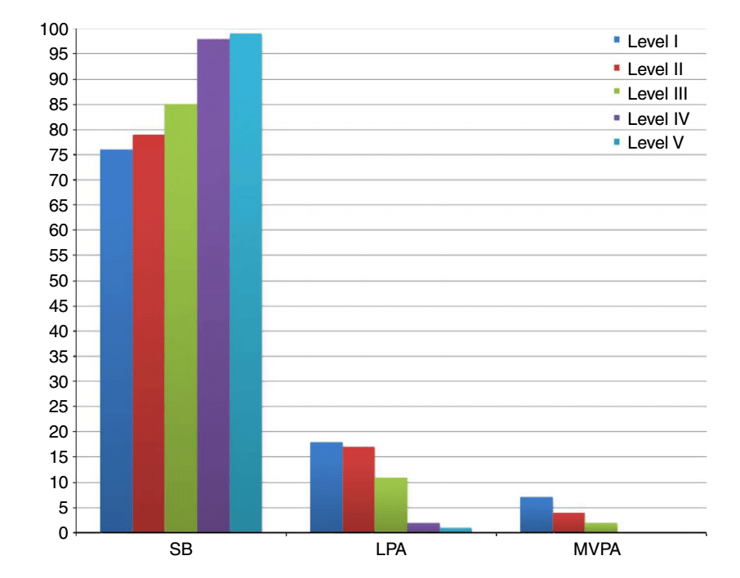 So, for people with complex physical disabilities, it can be challenging to reach moderate activity levels. However, there is now strong evidence that supports light-intensity physical activity being far healthier for non-ambulatory persons than constant SBs (Verschuren, 2014, 2016). Active standing is therefore a practical approach to getting non-ambulatory people moving at a low-intensity level in order to break everyday SB patterns.

A well-developed active standing strategy will be adapted to the individual, but in general, as a movement therapy, it has three core objectives when trying to engage an individual in new movement or training approaches:

*MET is the ratio of a person’s working metabolic rate relative to their resting metabolig rate (WHO).

Below we’ve collected the most frequently observed impacts to summarise the most commonly noted benefits of active standing:


Breaking SB patterns can be challenging for individuals with physical disability, but all the evidence points to low intensity activity being hugely positive for these individuals. Movement therapy such as active standing can be the answer, providing sensible strategies to break cycles of SBs in a safe, comfortable way for people with limited independent movement. At the heart of basic physical and mental health is the simple need to move the body.

Applying an active standing strategy helps to give people with disabilities the confidence and joy that movement is possible.