It is important for children to feel represented in books they read. It is also important to uncover the beautiful diversity of the world - for all children. This includes all the varying abilities and functional disabilities we have in society. To promote inclusivity and representation, we provide some tips on children's books featuring characters with disabilities.

Halima is an eight-year-old Norwegian-Somali girl living with autism. Although she has experienced both war and bullying, she is also very loved and full of enthusiasm. And who is this big teddy bear that gives her self-confidence, friends and hope?

This is a book about diversity and belonging. The story takes place in Tøyen, one of the districts with the greatest diversity in Oslo. Halima is proud to come from Tøyen, but she also represents girls who are not allowed to fully participate in the diverse society. Having a disability is still taboo within many circles. These children are hidden away and are not allowed to participate on an equal footing with others. There are still many prejudices. 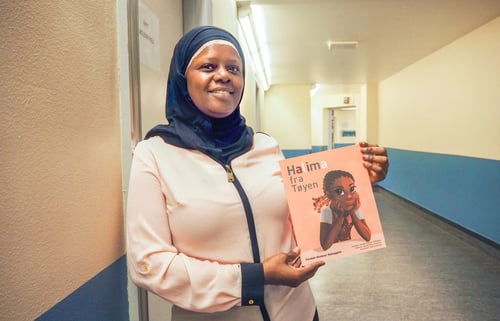 We have had a chat with author, Faridah Shakoor Nabaggala, who says that her mission with the book is to create dialogue, break taboos and tell loud and clear that children and young people with special needs should be valued, seen and heard.

When Faridah gave birth to a son with disability in 2005, a strong commitment to children and young people with disabilities was born at the same time. "Having a disabled child is not a shame," says Faridah. "Such attitudes must come to an end, and I am therefore passionate about imparting knowledge. Knowledge about being different, and about how we all meet differences. It concerns all children with disabilities in the world, and therefore it was natural to publish the book also in English, Somali, Arabic and Swahili ", she says.

"Children's literature is poor when it comes to diversity," Faridah continues. "Almost no stories are about characters with disabilities. It seems that people with disabilities do not exist. How should these children be proud of themselves, build their own identity and self-confidence when the heroes are always able-bodied? » she asks rhetorically. "These children with disabilities are much more than what we see and think about them." 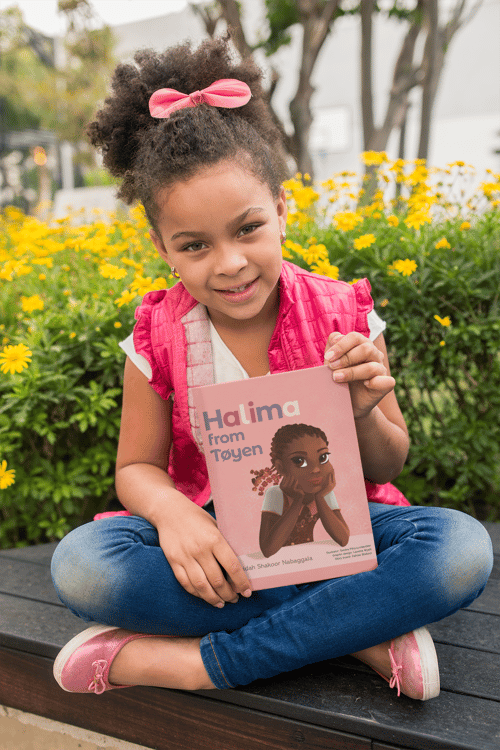 "Halima has a diagnosis, but Halima has many good qualities and abilities. People just have to get to know her in order to appreciate the person Halima ", says Faridah. "I want to teach children about tolerance, that not everyone is equal, but that we must be there for each other, support each other and include."

Children do not have to have a disability to feel different at school - and to be exposed to bullying. Halima is bullied, but she finds comfort and has a method of dealing with the bullying.

For Faridah, it is important to portray Halima in a positive way. Despite the fact that she has a challenge, it does not stop her. She's doing just fine.

"I met a girl in fourth grade who, after reading about Halima, wanted to go home and tell her mother that `I want to be just like Halima! She is so cool and brave! `. Such feedback gives me motivation to continue the fight for children and young people who feel left out» smiles Faridah.

"Halima fra Tøyen" is a book tailored for children between 7-11 years. The author has used a simple language that is well suited for explaining and talking about difficult topics. It is also richly illustrated since colourful pictures speak more than words. The book conveys many recognizable episodes, and the story evokes different emotions and at the same time helps children to put them into words.

"My mission is to provide knowledge, and I see it as natural to start with the children. If the younger generation becomes knowledgeable, we will have an even better society for everyone in the future. If good old writers have not managed it by now, we fortunately live in a generation where we have the opportunity to do something about it ", concludes Faridah.

Faridah Shakoor Nabaggala (born January 3, 1971 in Kampala, Uganda) is an entrepreneur, organization leader, festival director and author. She won the Oslo City Culture Prize 2014 for her work with the Abloom Film Festival, an annual film festival for and about children and young people with disabilities. An important part of the festival is a professional conference where various topics are highlighted and debated. 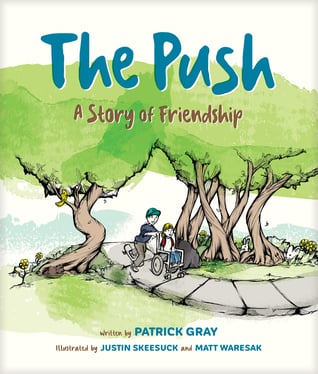 When Marcus moved next door to John, they knew instantly they’d be friends. Now John and Marcus do almost everything together. They go on lots of adventures, with Marcus pushing John’s wheelchair and John fueling their escapades with jokes. Through their friendship, the boys discover that their unique gifts make them stronger together.

This heartwarming story is about friendship, sacrifice, love, and overcoming limitations. The bond portrayed between John and Marcus will teach kids that authentic relationships are not limited to those who are just like us. The boys discover that their differences create opportunities for a deep, meaningful, and lasting friendship.

John is an expert at a lot of different things: he can give you any statistic about his favorite baseball team, he can make people laugh until milk squirts out their noses, and he can solve any math problem in his head. But when John was born, his arms and legs didn't work, so John spends his life in his wheelchair. John and his best friend, Marcus, go on lots of adventures together, with Marcus pushing the wheelchair and John providing the entertainment. They learn that they are both stronger together than they are on their own.

Based on the friendship of real-life best friends Patrick Gray and Justin Skeesuck, The Push teaches kids that people of all abilities have important roles to play, and that we’re all better together than we are on our own. It’s a multiple award-winning book that is suitable for children between 5-9 year.

In an interview Patrick Gray says: “But this isn’t just for children. I wrote this story as a conversation starter. Parents, grandparents, aunts, and uncles are finding this story engaging and challenging as they read it to the children in their lives.
My hope for this story is that it starts dialogue between young and older generations about what it means to be different, that people would see that differences are something to be celebrated, that one kid would see someone else struggling and step in to help, and that one child would see his or her limitations as something to be overcome and rise above the world’s expectations”.

Children usually take their first critical steps toward learning to read and write very early in life. But the ability to read and write does not develop naturally without careful planning and instruction. For instance, studies show that physical activity positively impacts a child’s ability to learn.

We have created a poster that works as a guide and reminder for why your child should be physically active - based on the WHO recommendations. If your child has a physical disability, it is just as important, if not more so, to break up sedentary behaviour.

5 Halloween activities that are fun and accessible for all

If your child with additional needs is athrill seeker, an accessible amusement park is a great way to experience a fun day out with...